You are here: Home / Archives for Administrator 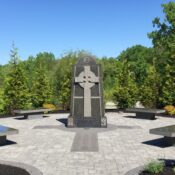 The Rockland County Ancient Order of Hibernians will be offering a mass to remember the over one million Irish men. women and children who perished from hunger and official neglect by a foreign government and the other million who were forced to emigrate. Mass will be at 10:00AM immediately after which there shall be a formal re-dedication of the Rockland County Hunger … END_OF_DOCUMENT_TOKEN_TO_BE_REPLACED 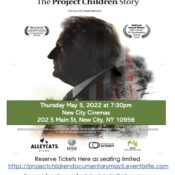 Narrated by Liam Neeson, the documentary feature tells the extraordinary story of how Denis Mulcahy, who served for 33 years with the NYPD and was a member of their elite Bomb Squad, founded 'Project Children' a program that brought children from across all communities in war torn Northern Ireland to the United States for the summer holidays giving them not only a respite from … END_OF_DOCUMENT_TOKEN_TO_BE_REPLACED 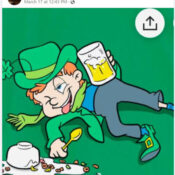 At a time when the Irish American community of Rockland is able to gather for the first time in two years to honor  their patron St. Patrick and celebrate the contributions that Irish immigrants have made to our nation, the Ancient Order of Hibernians are shocked and outrage that a local business, Bella Gianna’s of Congers, has decided to engage in advertising featuring the … END_OF_DOCUMENT_TOKEN_TO_BE_REPLACED

Please note that the deadline for new 2022 Emerald Ball Journal Ads is now closed. If you still to pay for an Ad already submitted, you may do so here. … END_OF_DOCUMENT_TOKEN_TO_BE_REPLACED

Peter and Kwan Bellhouse have been the owners of Kwan Thai restaurant in Pearl River, New York, for the past 17 years. On any given night, customers can find Peter’s warm smile and charming personality as he invites them into the restaurant or tends bar, making all who enter feel welcomed and part of the Kwan Thai family. Kwan, whose attention to detail and nearly 20 years’ … END_OF_DOCUMENT_TOKEN_TO_BE_REPLACED