You are here: Home / Parade / Past Parade Honorees / 2020 Hibernian Businessman of the Year Edmund Hartnett 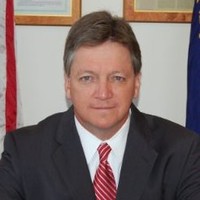 Edmund Hartnett served 27 years with the NYPD, retiring at the rank of Deputy Chief. He served in numerous patrol commands as well as the Applicant Processing Division and Bronx and Manhattan South Narcotics Districts. Ed commanded several NYPD units including the Drug Enforcement Task Force, the Quality Assurance Division, the 109th Precinct, Narcotics Borough Bronx and the Intelligence Division.

Upon retirement from the NYPD, he served as Police Commissioner of Yonkers, the fourth largest city in New York State, from 2006 through 2011. In addition to reducing crime, violence and gang activity and improving quality of life conditions, Ed reorganized the agency into three distinct bureaus thereby increasing efficiency and effectiveness.

From 2013 through 2018, Ed served as President of Brosnan Risk Consultants, a New York based security, investigations and consulting firm, increasing revenue from $10 million to $100 million during his tenure.

From 2012 to the present, Ed has maintained the consulting firm of Edmund Hartnett Risk Management providing consulting services and business development strategies to numerous clients.

Ed holds a Bachelor’s Degree from Fordham University, a Master’s Degree in Public Administration from Marist College and a Certificate in Police Management from the Columbia University Graduate School of Business. He is a graduate of the FBI National Academy, the FBI National Executive Institute and the Executive Leaders Program of the Center for Homeland Defense and Security of the Naval Postgraduate School. In 2011, Ed was in Israel as part of a law enforcement exchange program with the Israeli National Police.

Ed and his wife Grace live in Rockland County. Ed’s son, Matt, is a 15 year veteran of the NYPD, currently assigned to the Emergency Service Unit. Matt and his wife Kathy have two beautiful daughters, Ava and Madelyn.

Ed has been a member of the Rockland County AOH Division 3 since 1995. He is a member of the NYPD Emerald Society, the Police Emerald Society of Westchester County, the Friendly Sons of St Patrick of New York City and the NYPD Gaelic Football Club. Ed was chosen as the Irish Echo Law and Order Chief Honoree in 2011. In 2009, he received the Guest of Honor Award from the Kilkenny Assn and Kilkenny Hurling Club. Ed is also a member of the NYPD Honor Legion, the Rockland Shields, the Hudson Valley 10-13 Club, the NYPD Retired Detectives Assn, the International Assn of Chiefs of Police, the Police Executive Research Forum, the American Academy for Professional Law Enforcement and the Police Executive Research Forum.

Ed’s mother, Margaret (Peg), was born and raised in Kilkenny; his father, David, was from Limerick. Ed was born in Brooklyn and was raised in Washington Heights. He spent most summers as a child on his grandmother’s farm in Kilkenny where he did NOT excel as a hurling player.