You are here: Home / Event / Past Event / Talk by Mark Thompson of Relatives for Justice Jan 12th 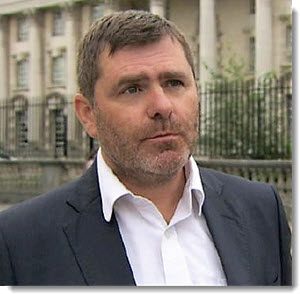 Mark Thompson, a founding member and CEO of Relatives for Justice, will be giving a talk at Hibernian House on January 12th at 7:00 PM. Relatives for Justice is a support group formed in the mid-1990s in Dungannon, Northern Ireland advocating for justice on behalf of the relatives of people bereaved, injured or affected by conflict-related violence during “The Troubles”. Despite commitments made in the Good Friday Agreement, twenty years on justice for the victims of the legacy of the conflict in Northern Ireland continues to be denied and actively obstructed.

Mark is himself a victim of Northern Ireland’s legacy of violence. On January 13, 1990, undercover British soldiers opened fire in a shoot-to-kill operation on the Falls Road Belfast. Three men were killed, among them Mark’s Brother Peter who was unarmed and shot at least 10 times. Eyewitnesses said they were shot without warning. Members of the British Parliament, local political and church leaders called for an independent investigation. The Director of Public Prosecutions declined to pursue the case without reason.

The lack of justice for Peter Thompson and hundreds of similar of case lead Mark to form Relatives for Justice to bring justice to the victims of state collusion and closure to the living. Recent decisions by the European Court of Justice have vindicated Relatives for Justice’s claims. Efforts to continue to escape accountability and the jurisdiction of the E.U. courts are a significant part of the British Government’s decision to pursue Brexit.

Please join us on January 12th to here first hand the true story of Relative’s for Justice continuing struggles to shed the light of truth into the dark corners of collusion in Northern Ireland. There will be a “meet & greet” at 7:00 pm, followed by Mark’s talk at 8:00 pm and concluding with refreshments at 9:00 including a cash bar.