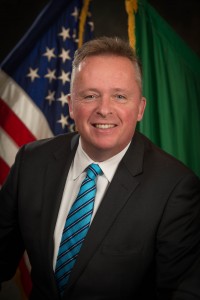 Vincent Downey Tyer III was born in Boston, Massachusetts to Peggy & Vincent Tyer, Jr., the oldest of two sons. He grew up in Bedford and graduated from Bedford High School in 1986. In 1990, Vince graduated with distinction from Worcester Polytechnic Institute (WPI) with a degree in Civil Engineering, and in 2002 completed his Masters of Business Administration at the Stern School of Business at New York University. Vincent married Jennifer Conlon of New City in 1994 and is the proud father of three beautiful daughters: Caitlin, Kerry & Casey. Vince and his family reside in Pearl River.

Vince is the President & CEO of Taconic Builders Inc. with offices in New York, Los Angeles, & London. He and his partners Paul Keane & Fergal Hayes own O’Malley’s in Nyack. Vince was honored as the Ancient Order of Hibernian’s Businessman of the Year in 2007.

Outside of work, Vince is an active member of the Ancient Order of Hibernians; holding many of its offices at the Division, County and State level. Vince served as AOH County President for 6 years, State Director, County Treasurer and Division Secretary. He continues to serve as Vice President of AOH Division 3, a position he has held for 8 years. Highlights of Vince’s tenure as AOH County President include bringing the New York State Convention to Rockland County for the first time and celebrating the 50th Anniversary of the Rockland County St. Patrick’s Day parade which was honored with the participation of his eminence Timothy Cardinal Dolan.

Vince is very active in the AOH’s National & New York State Freedom for all Ireland committees and has traveled as an envoy of the Order to Northern Ireland numerous times to pursue justice and a united Ireland. He has participated for several years in the annual Bloody Sunday march and commemoration in addition to traveling to Ballymurphy, Loughin Island, and Derry to meet with families of victims of collusion and state sponsored executions. In 2013, Vince was recognized by the Derry Republican Graves Committee for his ongoing support of the monuments/murals in Derry and marched in the Easter commemoration ceremony in Belfast. He was honored as Irish Northern Aide’s Man of the Year in 2008.

Vince is an avid bagpiper and has played with the Rockland County AOH’s pipe band for 10 years. He is a member of the Friendly Sons of St. Patrick – received their Community Service Award in 2014, the Rockland Irish American Cultural Center and the New England Irish Cultural Center. Vince has been an active in the Rockland Gaelic Athletic Association for years, where he serves as Vice Chairman. As a coach for 6 years, his teams have won 5 National Championships. He was a Selector for the 2013 and 2014 New York Feile teams that traveled to play in Ireland – the 2014 team winning the All Ireland Feile Championship.

Vince, Jennifer, Caitlin, Kerry & Casey volunteer with Project Children – hosting boys and girls from Belfast at their home for the summer.