You are here: Home / Parade / 2015 Rockland County Hibernian of the Year Linda Sheridan 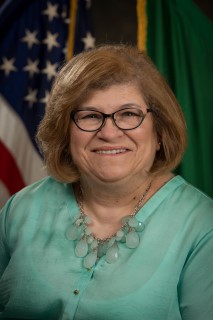 Linda Sheridan was born and raised in Rockland County. After graduating from Tappan Zee High School she met and married the love of her life Phillip Sheridan. Together they raised three children, Timothy, Lisa and Tracy.

Linda, being brought up in and Italian and French household (mainly Italian) she didn’t know much about being Irish. Knowing her children should learn their entire heritage not just hers she learned as much as she could about the Irish community and its traditions. The music and the folklore caught her attention immediately and Phil’s mom taught her about Irish food. Living in Pearl River only two doors down from the AOH Phil joined Division 3 of the Ancient Order of Hibernians. Linda followed by joining the Division 3 of the LAOH in 1999 as the wife of a Hibernian.

Over the years Linda has been on the board of Directors for the Rockland County Feis, served on the committee for halfway to St. Patrick’s Day, Rockland County Parade Committee and help raise money for some very needy people. Along with her husband Phil, she cooked a Fish Fry on Fridays during Lent for 3 years and helps cater many of the fundraisers such as the Pot of Gold and Communion Breakfast for Division 3 AOH.

Linda retired from Lamont Doherty Earth Observatory 3 years ago and now uses her time to teach CCD, along with several other Ladies from Division 3 goes to St. Zita’s Home for Adult Women to do crafts with the Ladies.

At Home she spends her time baking cookies, doing all kinds of needlework and going out to lunch with the girls but the things that make her the most happy are her husband Phil, their children and Matt, Kevin, Andrew and Jake, their grandchildren.