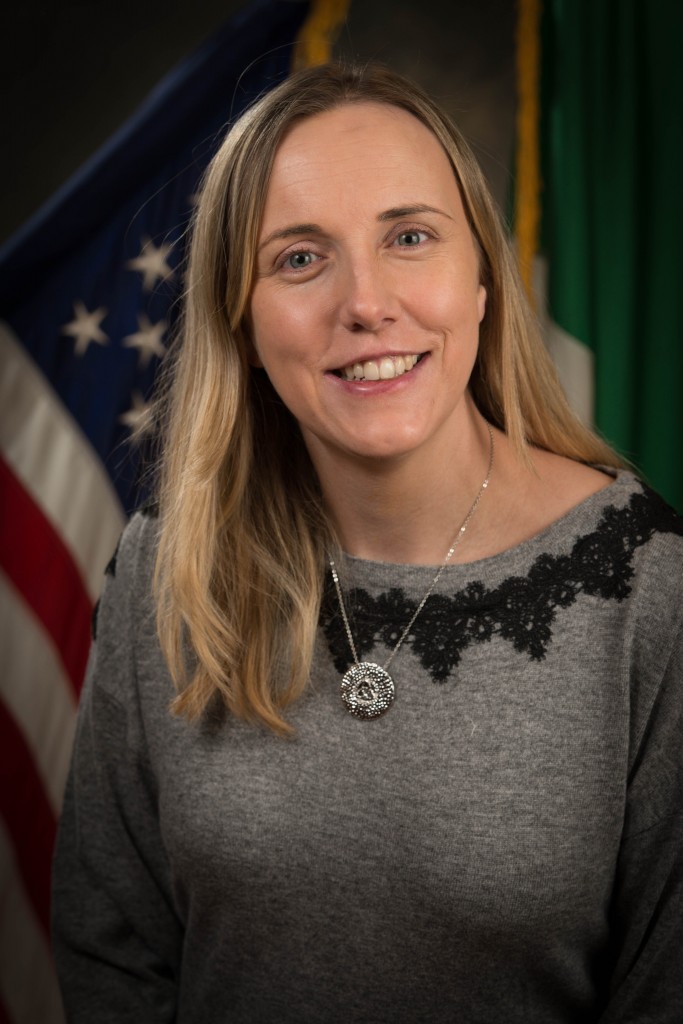 Jenny Kirby hails from Castletown- Geoghegan in County Westmeath. Her parents are Jimmy and May Kirby. She is the second youngest of 7 children. She is married to Dennis Kelleher and now resides in Suffern, New York.

Jenny started school at primary level in the local national school and then went on to secondary school in the nearby town of Kilbeggan. From there she went on to Waterford IT where she completed a 4 year honors degree for her bachelors in business.
Jenny has always been a keen Gaelic footballer, playing with the boys on her local team Saint Malachy’s till she reached 14 and then playing with the ladies of Rochfortbridge from the age of 12. She won a county title with the boys at U12 and then won 7 senior county titles and two Lenister senior club titles with Rochfortbridge before she moved to New York full time. She also won a league title with her county Westmeath and was then selected to represent Lenister on 3 occasions. At the college level she has 2 O’Connor cup runners up medals with Waterford IT. After leaving college Jenny was honored with being selected on the 25 year anniversary team for Waterford IT.

While in college, Jenny spent her summers in New York playing football with the Rockland ladies whom she still plays with and helps manage. She has remained a committed member of the Rockland GAA since moving to New York and has been honored in the past by the club as player of the year. Jenny has also been involved with NY ladies senior board where she is currently the recording secretary. Football is one of her big passions and trying to build the Rockland ladies team is a big part of that.

In 2006 Jenny along with her Sister Dionne Acton and brother-in-law Tommy Acton opened Characters Bar and Restaurant in Sloatsburg, NY. While starting out in a new area, they made themselves part of the community and have grown every year since they opened. To survive and grow in the very competitive restaurant/bar business Jenny has worked tirelessly to make the business a success. Working as a very hands on Manager, 7 days a week.
Characters support many lot of local organizations like the Suffern AOH who have helped enormously in making Characters a successful local business. They would like to thank Suffern Men’s and Ladies group for all of their support over the years and also the Rockland AOH for bestowing this great honor on Jenny.