You are here: Home / Parade / Past Parade Honorees / 2014 Hibernian of the Year James Tesseyman 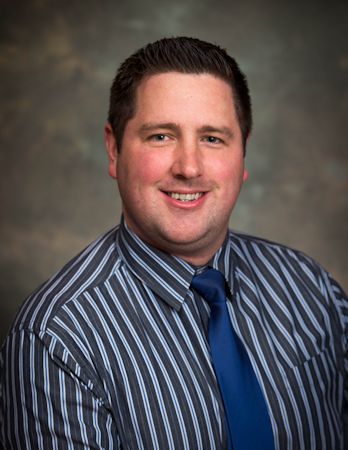 Born in Columbia Presbyterian Hospital, in Manhattan, to Barry and Peggy (McCarthy) Tesseyman, Jimmy is the youngest of four siblings. He grew up and still resides in Suffern, New York. Jimmy attended Sacred Heart School in Suffern. He then attended Albertus Magnus High School. Upon graduation, Jimmy attended the University at Albany, where he received his Bachelor’s in Pub-lic Policy. He continued his education in Albany, attending the Rockefeller College of Public Policy & Administration, where he received his Master of Public Administration (MPA), concentrating in state agencies and healthcare administration.
Always interested in various aspects of public service, Jimmy worked for the New York State Office of the Attorney General’s Consumer Fraud Bureau in Albany New York. Here, he was a senior mediator, investigating fraud complaints from New York State residents against various businesses. Jimmy’s efforts helped many residents who were victims of unsavory business tactics receive compensation. Many of his investigations also led to successful litigation by the Attorney General’s Office. Jimmy eventually moved on, and began a career in law enforcement. That career began as a police officer with the Amtrak Police Department, New York Division, based out of Penn Station, New York. Jimmy currently is a police officer with the Town of Ramapo Police Department.
A parishioner of Sacred Heart Parish, in Suffern, New York, Jimmy has helped his father, Barry, with the Sacred Heart CYO Basketball Program for a number of years now. He has also helped contribute time and energy to the Sacred Heart Parish Festival, which is a main fundraiser for the parish.
A seven-year member of AOH Division 4 in Suffern, Jimmy is the current recording secretary. He also runs their website and is the event/ fundraising chair for the Division. As event chair, Jimmy has run many successful events for the Division, including their annual golf outing for the past six years. Money raised from this event allows the Division to help out various worthy causes, both Irish and non-Irish, throughout the Town of Ramapo, Rockland, and the surrounding communities. Jimmy is also involved with helping put on the annual Town of Ramapo Irish Heritage Night. He has also recently been asked to be part of the Ramapo Irish Twinning Committee, which helps sponsor student exchanges between the Town of Ramapo and towns in Ireland.
Jimmy is very grateful to the men and women of the AOH who have nominated and presented him with the honor of being Rockland County Hibernian of the Year.