You are here: Home / Event / Past Event / AOH & Community Call to Action on Imigration Tuesday, June 18th at 4pm. 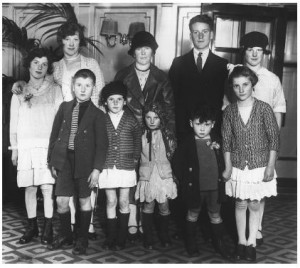 On Friday, June 14, 2013, a first of its kind telephone conference was held to discuss the AOH role in Comprehensive Immigration Reform hosted by US Senator Charles “Chuck” Schumer and  AOH National and NYS Immigration Chairman, Dan Dennehy. Senator Schumer explained the lead-up to the current legislation and described its Irish components. Schumer along with a bi-partisan group of US Senators, known as the Gang of 8 is the author of the Senate legislation currently being debated on the US Senate floor.

Thank you to those of you who responded to the conference call. Approximately 50 Hibernians from across NY State and the Nation participated on the call and heard Schumer explain that his efforts to end the near 50 year exclusion of Ireland from fair visas to the US. In the early 1980’s, Schumer was honored by Brooklyn AOH as their Man of the Year, which moved him deeply as a Jewish American. Schumer was told that the removal of quotas from the Irish had adversely affected Irish American communities and our cultural exchange. Near the end of his life, Senator Edward Kennedy, recognizing the mistake made in the 1965 legislation, asked Schumer “to make things right for the Irish in immigration.”

Schumer knew that this situation must be repaired and in his words “What was good for Irish people was good for America!”

Many Hibernians asked questions about the Bill and about those with ongoing immigration case. Senator Schumer provided great insight on the bill and its affect on Irish immigration. For those of you that have sent me individual questions. I will be following up with you personally. Below are the some of the Irish elements of the Bill.

Path to Citizenship for Undocumented: The bill puts 50,000 Irish undocumented on a path to citizenship through a system of a fine, taxes and criminal background checks that will not have them ‘vested’ in Social Security, medical and other programs until 9 years later, when they are eligible to apply for a green card. DURING THE 9 YEAR PERIOD THEY WILL HAVE TO PAY FOR HEALTH CARE AND OTHER SERVICES THEMSELVES. Only after 9 years of investment, may they avail of the benefits available to every US legal naturalized resident. A highlight of the plan is that 180 days after the legislation is signed,  they will be allowed to live, work, and travel home to Ireland freely throughout the period of adjustment.

FUTURE FLOW Schumer Visa (AKA Irish E3 Visa): 10,500 annual and renewable 3 year visas for Irish citizens, and their families, to live and work in the US. This will create much needed future flow for Ireland. As a tribute to Senator Schumer’s championing Irish Visa issues, especially during the critical Senate Judiciary Committee hearings, his colleagues have named these visas for him.

Work, Education and Language Requirements: There are many changes and new avenues in Comprehensive Immigration Reform that can provide for a greater number of Irish people, North and South, to apply for visas due to the English language, education and other requirements included.

WE MUST ROLL UP OUR SLEEVES, GET ON THE PHONES AND TELL ALL OUR CONGRESSIONAL REPRESENTATIVES REGARDLESS OF PARTY AFFILIATION:

You are invited to a Coalition of Irish Immigration Reform Community Call this Tuesday, June 18 at 4.00pm EST.

On this call you will learn how you and fellow Irish Americans can help with the passage of the S.744 Bill and which legislators we need help with!

If you would like to join the call please RSVP @ dandennehy@hotmail.com

I will make sure you get registered for the call and receive dialing instructions.

Please have you phone on mute during the reports; Following reports we will have a Q&A.

If you are unable to attend the call or want your questions answered:

Please make sure that important AOH immigration comments or questions are addressed please send your queries and comments to me by Noon Tuesday.

The AOH is an organization with many interests in how Comprehensive Immigration Reform and the Schumer Visas can affect USA, Ireland, N. Ireland, Peace Process, our communities, culture, heritage, Church and our Order. Please keep comments and questions to the topics as related to immigration and immigration reform.

Currently we need AOH members to call these Members of Congress

IF YOU ARE IN ANY OF THESE CONGRESSIONAL DISTRICTS, PLEASE CONSIDER JOING THE CALL ON TUESDAY.

Yours in Friendship, Unity and Christian Charity,

National Board and NYS Immigration Chairman