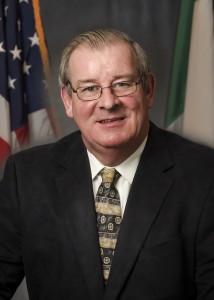 Christopher Cawley  hales from Kilglass, Enniscrone, County Sligo. The second youngest of thirteen children of James and Mary Cawley. He attended Quigbar National School and then The Convent of Jesus & Mary Secondary School.

Having a great love of sports, Chris played football, hurling and soccor for the Enniscrone/ Kilglass GAA Club and / or the Convent, where he won a number of County & Connaught championships.

After finishing school, Chris moved to Dublin for seven years. Here he started to work in construction. He was taught well the tools of the trade by his brother Edward.

In 1983, Chris immigrated to New York where he lived  with his brother John and sister-in-law Kathleen in Nanuet.  Like many young Irishmen trying to make their way in New York, Chris was employed by Structure Tone Inc., and then later by Heggarty Homes.  Within three years, Chris proudly started his own business , Lockley Construction. Chris happily reciprocated  the opportunity to help several young men get their new start in New York.

Chris belongs to and is involved in many local and Irish organizations. Just to list a few : The Rockland County A.O H. Division 5, The Rockland GAA, The Immaculate Conception Church Men’s Club,  County Sligo Social & Benevolent Association and is a  Delegate for the United Irish Counties.  Chris is also  a Chairman for the Northwest Hospice Golf Outing.  Besides being presently involved in these organizations, Chris  is a  Past Vice President &  President of The Rockland Irish American Cultural Center.  He Helped start The Underage Rockland Girls football teams.  Chris was also a manager for The Rockland Ladies Senior Football team and past Coordinator of the New York Ladies Board.  Chris is a truly dedicated man who has learned Well how to balance his time for all these and home.

Chris and his wife Maureen (Loughlin) are the proud parents of Siobhan(27) and Sinead (23). They reside in Stony Point, NY.