You are here: Home / Event / Past Event / March is Irish American Heritage Month 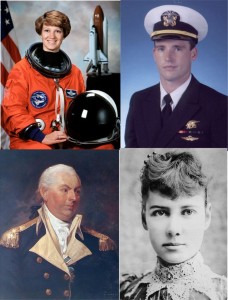 WHEREAS, From  America’s  earliest  days,  Irish  immigrants  and  their descendants  have contributed leadership, wisdom, and vitality to America, through nine signers of the Declaration of Independence and 22 Presidents with Irish roots as well as the indelible  mark  Irish  Americans have  made  in  the  shaping  of  the  great State and City of New York, through numerous Governors, Legislators, Mayors  and  public  officials; and


WHEREAS,  Throughout their long history, the Irish have been ardent in their passion for liberty, hatred of oppression and renowned  for  their loyalty  and thus, the Irish have, from the beginning, been prominent in the defense of this Nation, with 20 of George Washington’s generals  and an  estimated  quarter  of  his  Army being composed of Irish Americans, among them Timothy Murphy, a hero of the pivotal battle of Saratoga, New York; and

WHEREAS, Irish Americans  have  distinguished  themselves  ever  since whenever  their  country  has called on them, as typified in the storied “Fighting 69th” of New York who fought with courage and sacrifice on the  Battlefields of the American Civil War, World War  I  and  whose  Gaelic battle  cry  of  “Faugh an Beallach” is still heard this day in Iraq and

Afghanistan in defense of our country; and

WHEREAS, The first  Congressional  Medal  of  Honor  for  the  current conflict  in  Afghanistan was awarded to Navy Seal Lieutenant Michael P. Murphy of Smithtown, New York, who made the supreme  sacrifice  for  his country; and

WHEREAS, Millions of Irish arrived in New York City in the mid-19th Century, escaping hunger and injustice in their homeland, and where New York has long been a haven for immigrants, being the home of the “golden door”  of  Ellis  Island, where the first immigrant to enter through its passages to a new life in America was 15 year-old Annie Moore  of  Cork, Ireland; and

WHEREAS,  Irish  immigrants  and their descendants have contributed to the building of this great society not only by the laying  of  railroads and  the  building  of physical bridges, but also by building bridges of the mind amongst all people through the founding  of  numerous  schools, colleges  and universities, enhancing the quality of every phase of life  for all New Yorkers; and

WHEREAS, Irish American women have a long and proud tradition of being visionaries and trailblazers, whether it be Annie Sullivan, the  teacher of  Helen Keller, crusading journalist Nelly Bly or New York’s own Colonel Eileen Collins, the first woman to command a Space Shuttle; and

WHEREAS, Since 1762, Irish New Yorkers have been faithfully celebrating  the feast of St. Patrick every March 17th, wherein they renew their connections to the land of their ancestry, pass on their  traditions  to the  next  generation,  and share their pride through joyous festivities enjoyed by all New Yorkers irrespective of ethnicity; and

WHEREAS, Irish Americans have made an indelible impression upon  every human endeavor in art, music, literature, science, film, dance, theatre, sports,  education,  law,  finance,  and  politics and shall continue to embellish New York’s shining future, reflecting the noble past  of  this mighty race, with all the strength, resilience, humor and hospitality of the Irish character; it is most fitting to set aside this month to highlight  and  honor the history and heritage of the Irish Americans and to remember and pay tribute to the contributions  they  have  made  to  our  State and our Nation; now, therefore, be it

RESOLVED, That is Legislative Body pause in its deliberations to memorialize Governor Andrew M. Cuomo to proclaim March 2013 as Irish American Heritage Month in the State of New York; and be it further

RESOLVED, That a copy of this Resolution, suitably engrossed, be transmitted to The Honorable Andrew M. Cuomo, Governor of the State  of  New York.

The story of Irish Americans and their contribution to their country is a story all Americans should be familiar with. Irish American Heritage month has been proclaimed nationally by presidents of both parties since 1991. Unfortunately, unlike other Heritage Months which are visibly and publicly celebrated, often at tax payer expense, Irish American Heritage Month is often overlooked. It will be continued to be overlooked unless we start demanding fair an equal recognition and representation for the contributions of our community to the fabric of America.

Despite being proclaimed by American Presidents of both parties for over twenty years and numerous congressional resolutions, man of our public institutions ignore the contributions of the Irish to the story of America.   The Smithsonian Institution, “America’s National Education Facility”, has programs for Black History Month, Hispanic Heritage Month, Asian-Pacific Islander Month and Native American Heritage Month, but continues to fail to heed our President’s yearly call for “all Americans to observe this month by celebrating the contributions of Irish Americans to our Nation with appropriate ceremonies and activities.”

We ask that our members and their family members send a letter to the Board of Regents of the Smithsonian asking that this prominent taxpayer funded institution recognize the heritage of Irish Americans with comparable exhibits to the other heritages that the Smithsonian currently celebrates annually.  The Chancellor of the Board of Regents is Chief Justice Roberts of the Supreme Court, certainly a man we should be able to appreciate an appeal to fairness and justice.  The address and a suggested letter can be found here.