You are here: Home / Event / Past Event / Mass to Honor the 100th Anniversary of Fr. Peter Lappin 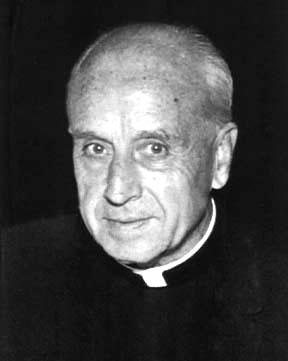 Fr. Lappin was the definition of a renaissance man. Born in Belfast, he entered the Salisienans where he followed in the footsteps of Don Bosco in his ministry to the youth of China, He was interned successively by the forces of Imperial Japan and Communist China as a political prisoner, but never lost his faith in his God and love of people. He was an accomplished author with over 26 books to his credit. Through all this he had two great loves, his faith and his Irish Heritage which shown forth in his role as Chaplain for the Rockland County A.O.H. and L.A.O.H. for many, many years. He was the catalyst for all things Irish in Rockland for almost forty years.

Let us not forget this wonderful priest and honor his memory on this speccal day.