You are here: Home / Event / Past Event / Hibernian Businessmen of the Year: Richard Windram & Jim Walsh 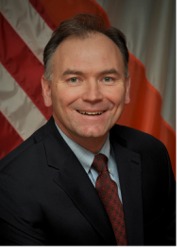 Richard Windram was born and raised in the Flatbush section of Brooklyn, NY. His father, Bill, is a retired NYC police sergeant, and his mother, Josephine, served as the office secretary for over 20 years at Rich’s grammar school, Holy Innocents.

Richard’s maternal grandparents James and Mary (Mooney) Shevlin immigrated to the Bronx from County Monahan and his paternal great-grandparents John and Rose (Stakem) McIntyre arrived in Brooklyn from the Counties of Sligo and Kildare.

Rich attended Xavier High School and the University of Scranton, where he met his wife Denise O’Brien. He received his MBA from Fordham University and his JD from New York Law School.

Richard is Director of Government and External Affairs for Verizon in the State of New York. He joined New York Telephone in 1990 and has held positions of increasing responsibility in consumer services, marketing, and government relations. Currently, he is responsible for leading a team accountable for public policy development and advocacy with various government offices, agencies and officials in the five boroughs of New York City & Rockland County. Additionally, his responsibilities include working with external stakeholders in regards to Verizon’s extensive community outreach through the Verizon Foundation. In this capacity Rich has been able to provide assistance to Rockland organizations such as Camp Venture, Rockland Family Shelter, Meals on Wheels, American Red Cross, and Jowanio.

Richard is active in his community. He is a member of Division 3 of the Rockland County AOH, Pearl River little league, Orangetown Mighty Midget Soccer, Rockland CYO basketball, and the Rockland Gaelic Athletic Association. He also serves as a Board Member for the NYC Parks Foundation and the NYC Workforce Investment Board.

Rich and Denise reside in Pearl River, NY with their two children Ryan and Mary, and their dog Buddy. 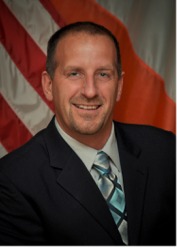 Jim Walsh was born and raised in Brentwood Long Island. Along with his parents Mike and Mary were his 4 siblings Mike, Tom, Steve and Linda. His Father, Mike is a retired NYC police sergeant and mother, Mary (Pat) was Founder of the Sparklers Baton Twirling Organization.

Jim is the Area Operations Manager for Verizon in Rockland County. He joined New York Telephone in 1990 and has steadily progressed from Field Technician to First Level Manager up to Regional Staff Support then to Area Manager. Currently, he is responsible for all Operations in Rockland County including the Installation and Maintenance of both Fiber (Fios) and Copper Networks.

Jim is very active in his community. He is a Member of Division 3 of the Rockland County AOH, Orangetown Mighty Midget Soccer, Modified Football and Junior Varsity Lacrosse coach at Pearl River High School and President of Orangetown Lacrosse.

Jim and Tara reside in Pearl River, NY with their two children Dylan and Shannon, and their dog Chloe.